Ep # : Lead In Such A Way That People Want To Follow You 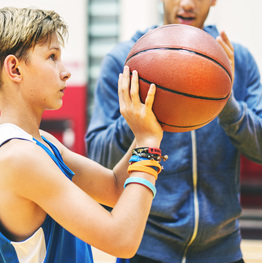 Being a “coach” and being a “leader” can be synonymous of each other.

Some of the most influential people in my life growing up were my basketball and track coaches. My coaches were always those people that I wanted to be most like when I grew up. I remember intently observing them and how they interacted with other players, on and off playing field. I remember asking my parents for a whistle so I could emulate my coaches while I pretended to be the best coach since “Bear Bryant”.

Being a “coach” meant being strong, having passion, and maintaining poise in any situation.

I remember my coaches always having an open door and being available to listen. And I remember getting to listen to them give speeches at end of seasons, giving all the credit to the team and/or individuals for making them successful in their career. Never giving themselves credit for their great coaching. I watched them take on many roles other than coach like maids, secretaries, mothers/fathers, teachers, disciplinarians, mentors… it seemed there was no role too small or big.

Coaches are stewards of their time, many working well beyond the paycheck. This made such a profound impact on me that I always attempt to apply this concept to my current situation.

I have read many articles on the “paradigm shift in leading organizations”, or “turning the pyramid upside down”. Coaches are the CEOs of organizations from the PeeWee’s to the Pro’s. They lead teams to victory and defeat. They empower and enable growth on and off the field. But most of all, they take responsibility in defeat and give credit to the team in victory. This is not a new concept but often lost in the corporate world of vast egos bordered by misplaced power.

Coaching is not for everyone, and the same goes for being a leader.

You cannot force people to be on your team, but when you can demonstrate that you are vulnerable to the elements of business through a number of different ways: 1) by not knowing all the answers but willing teach what you do know; 2) by being willing to learn, change and grow through trial and error; 3) by having a willingness to listen with intent, and 4) by communicating your vision while remaining transparent through the process. If you do these things well, you will attract a team who will give you all they have to push towards victory.

I had the opportunity to be a JV High School basketball coach in the early 90’s. I have always had a love for basketball and the idea of having to play as a TEAM to win the game. I, like everyone else, love to win but I am also of the view that JV is the building and training years to develop the basic skills to move on to Varsity, and/or maybe Collegiate. I would start off the year by having each team member write down at least five goals that focused on the court and/or off the court. I would take each of the goals and align my goals in accordance to theirs; this was to assure they were given every opportunity to attain their goals on the court before the end of season, and be on the right track to attaining their personal goals.

My approach to coaching was different than most coaches, probably viewed as unorthodox on many accounts, because I would allow everyone to dress out every game and everyone had a chance to play in every game. This was frowned upon by many parents who thought their child was the best on the team or felt as their child deserved to play the whole game. Many of the “star” players would voice their opinions by saying I didn’t care about winning or their success. That was the furthest from the truth, I did care. By the end of the season each team member’s goals were being checked off and, as a team, they would rally around each other to make sure their teammates goals were also met. It became less about what “I” did but look what “we” did as a team. By the end of the season, everyone played in every game, each one had a chance to be the team captain, they all got to be the manager, and they all were my Assistant Coach.

Building an effective team is about learning to serve, transparency, trust, and humility.

To be honest, I don’t know if that was the best approach because my losing record far outweighed my wins. But for those young ladies who may never have had an opportunity to play or meet their goals this far outweighed any win or loss on the court.

I have tried to take the “coach” approach throughout my management career. I feel that one of my biggest strengths as a leader is the ability to empower people by focusing on their strengths. I challenge them to see their weakness as mere roadblocks, and the fertilizer to their growth.

I don’t have a magic potion to make people grow other than the ability to listen and remain open to their needs.

Being in charge is certainly about giving opportunities, but even more than that, it’s about being a genuine leader in any situation, empowering others to be the best they can be by providing them the tools to grow.

What kind of Leader are you?

This site uses Akismet to reduce spam. Learn how your comment data is processed.